IndustryGoogle Chromebooks: Why You Should Just Say No

Google Chromebooks: Why You Should Just Say No

Google’s newly rebranded ChromeOS, which we learned at Google I/O is now called ChromeBooks, may not be a good thing for consumers. If you buy what Google’s selling, you stand to lose power, privacy, control, and freedom. 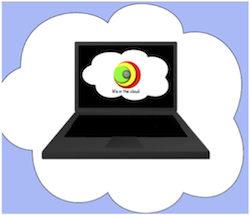 Granted, right now Chromebooks are designed for business, education, and government. But it will be coming to consumers soon.

I originally wrote about why Google and Chrome OS might be a bad idea in November. And I haven’t changed my mind one bit.

A Google Chromebook is a cloud computer. This means your computer won’t have a hard drive for storage; it will use Google’s cloud servers to store all your information and data.

You will have no place to install applications on your computer. Anything you use will be browser-based and in their system. Google will control what you can and can’t use on your computer because essentially your computer is a slave computer, meaning it has no internal drive and relies on Google’s servers to run all your applications.

Note: Being that all applications are browser-based, I don’t believe you will be able to install anything of your own into the cloud, but will have to download from a Google store of some sort, but this isn’t 100 percent clear at this time.

In my original article on ChromeOS, I wrote about the idea that companies who have cloud computers would charge you a monthly fee for applications. Indeed that is the case here, as Google will charge students a monthly $20 fee and businesses a monthly $28 fee, with a minimum three-year commitment, in what is essentially a rental agreement (though consumers can buy Chromebooks starting at $349).

The Myth of Cheap

Is this lease a great deal? Let’s do the math.

My laptop is currently on its fourth year. Oh and I paid $0 for it. Why? Because my father gave my laptop to me, something you can’t do with a Chromebook unless your parents, friend, or significant other wants to pay the monthly bill. But I digress.

Given that the power of a cloud-based system is about that of a netbook, and the average netbook is between $300 and $500, you’ve already paid costs in the first three months of ownership and, I can’t reiterate this enough, you are never done paying.

The Myth of the Updated OS

Ah, but you’re OK with this because Google says they will update it for you, keep your OS running, and you never have to touch it again.

Well, yes. But how often of do you actually need to update your OS?

I’ve been working seriously with computers since 1998. Since then I have had Windows 98, Windows XP, and VISTA. That’s three operating systems in 13 years.

Pardon me if I don’t run out to get a computer in the cloud, so Google can update my OS when I can keep my computer, pay less, and be OK.

The Myth of Fast Google touts the fact that Chromebooks will be instantly on (8 seconds to be exact) so you can hit a button and start working without waiting and that you’re always connected.

The Myth of Portability

One big selling point is that the cloud computers can always keep your files backed up and you can access your computer from anywhere there is an Internet connection.

They often sell this point by failing to point out that this technology currently exists for anyone on their current systems. In fact, I can do that now as I write to youwith two programs I use, Dropbox and Secure.LogMeIn.

Dropbox always keeps my files backed up and Secure.LogMein allows me to access my computer from a secure connection anywhere there is a browser and an Internet connection. No need for a cloud computer for either of these tasks. I can already do anything a cloud can do, and better.

Now you may be thinking Google Chromebooks aren’t such a great thing. If you’re the type of person who likes to think these things through, let’s look at what you might be losing by buying into the idea of cloud computers.

What You Lose: Power

All Chromebooks “applications” will be browser based. If you’ve been using Google docs for a while you may have forgotten how nice spell and grammar check in MSWord is, but if you regularly use MSWord for writing I urge you to go try to use Google Docs for a month before you purchase anything where that is your only choice. I guarantee you’ll want to pull your hair out!

Simply put, browser-based anything is never as powerful as a fully developed application. Sorry to those who believe in the web-based future of applications, but at this time they are simply just not.

They are also slower and often drag as you use them because they are based on the browser you use them in, as well as the speed of your Internet connection. Are you ready to upgrade yours? Because if you have a slow connection your all web-based cloud computer surely won’t be blazing like your 2.66GB Intel dual processor laptop is now. Just the facts of computing life.

Your cloud computer is a slave to the cloud system and the corporation that runs that cloud.

Your computer houses none of your information. That email you created, the document you wrote, those pics you took last night at that crazy office party (you know the ones your won’t put on Facebook) – they don’t sit safely stored on your computer any more. They live on Google’s servers.

Think hard about all the implications. You no longer control who accesses your private data. A company does.

Everything you create now is created on a corporation’s servers rather than your hard drive.

Oh and did we mention that Google is a marketing company? Let your mind wander where they will go with all that information. Check out Google.com/dashboard sometime when you’re logged in if you want a surprise about how much info they already have.

What You Lose: Control

How many people were outraged this week by Twitpics policy change? The one where they now have the right to sell your photos?

Well what happens when you have your whole computing life on a corporation’s servers and they change a policy into something you don’t like or decide to sell your data? Or you know, use your information to deliver you advertising, maybe like a certain email program already does? What do you do then?

Your computer has no hard drive. You can’t download them and move them somewhere else. You can’t change services. You have nowhere to go. That’s a lot of power to give one company, isn’t it?

Or maybe it is just that you have a favorite computer program. On the new cloud computer you may not be able to use it any more.

Want iTunes, for example? Too bad. Doesn’t work on Chromebooks.

Whether it’s an office application that would make your work life that much easier or a free game you’re just dying to have, it won’t matter if it isn’t Google approved.

And Google has never gotten into a spat with another company and refused to put those products on, say, its Droid phones, has it? Like your phones, you will be restricted to what the company offers you.

What You Lose: Freedom

The wonderful thing about that laptop or computer you currently use: it and everything on it is yours.

You can even continue to use the laptop when the hard drive dies by buying another. Laptops can in fact run many, many years, well past where the short-term savings any cloud computer will get you.

The other beauty in the personal disconnected free laptop is unlike the slave system, it is mine to do with what I want. No one will ever decide what programs I put on it, no one will ever shut it off because I didn’t pay the bill that month, no one will ever tell me I can’t access something because the Internet is down or the cloud is not up (think of the effect of the downed Amazon cloud system just a month or so ago – how many websites were affected?)

My laptop or computer is mine to use whenever and however I want, and mine to keep private and secure. I can even pass it down to someone who needs it and they do not need to pay a monthly bill (per user) to keep it going.

The Cost to Users is Immeasurable

Now for what I think is the big picture. For users, this is much bigger than cloud computers. This is not just about who buys a $28 a month system. This is about our future, our privacy and our rights as users and owners.

While tablets and even phones also work in the cloud, those devices are more for data consumption rather than data creation. This will be the first time we move all our data creation into the cloud and under someone else’s control.

So what about that? Do we as users really want to be renting our computers from corporations five or 10 years from now?

Google’s success or failure will play a big role in what route other companies decide to take. For me, a few seconds saved in computer boot up time or not having to schedule an virus autoscan or load a program on my machine isn’t worth the greater loss we’ll face if we allow corporations to take over our personal hard drives and have total access to our information, which is what you happens when you allow a computer to become a cloud computer.

The price for this shiny new object is too high.

Maybe some of you probably don’t see anything wrong or care about privacy issues with cloud computing today. But are you so sure that tomorrow someone won’t make a law that changes that? And are you so sure that you want a company to control all your information should say there be another time as dark as 9/11 and the government wants to access X information in all those cloud accounts?

Maybe that’s over the top. Or is it? It is an extreme example, but after living through the last 10 years, tell me this scenario isn’t impossible to imagine.

Do we really want a world where our digital lives live in a corporate cloud to be controlled at will by those very corporations whose interests are their own, not ours?

Author’s note: I know there are arguments to be made for the positives of the cloud computers, none of those, in my mind can supersede these greater issues, so I have not given them the usual weight I would have in other articles.

Update, May 13: The pricing information that originally appeared in this article was inaccurate. It is now corrected.