Apple's iBeacon, an indoor positioning system that uses the latest version of Bluetooth, holds much promise for mobile advertising and location-based marketing. Here's how retailers and brands can develop a strategy to benefit from this technology. 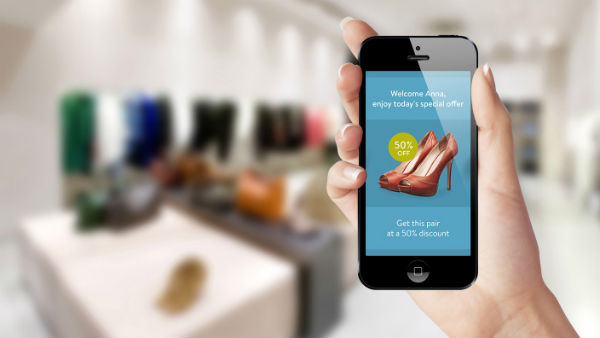 The marketing world has an ironic history of underestimating Apple – remember people dismissing the iPad as nothing more than an overgrown iPod touch? So it’s no surprise that there hasn’t been more fanfare over the iBeacon.

Apple didn’t go out of the way to play up iBeacon in the last World Wide Developer Conference but anyone who’s struggled with mobile advertising strategy in general and location–based marketing in particular could see its potential from the start. Now that it is here, it promises to be one of the most promising Apple innovations since the iPad.

The actual debut of iBeacon was also relatively low-key; 254 U.S. Apple stores quietly rolled out the technology this past December. Retailer programs followed soon after and have generated a bit more attention, with app developer InMarket bringing it to 200+ Safeway and Giant Eagle grocery stores across the U.S. and Shopkick announcing a 100+ store program for American Eagle soon after.

Before long, we’ll probably be hearing some metrics about these initiatives but for now, industry awareness of what iBeacon really is and why it holds so much promise remains quite low. For the uninitiated, here’s what it’s all about.

iBeacon is an indoor positioning system that uses the latest version of Bluetooth, Blue Tooth Low Energy (BLE), to relay signals from a base station sensor to a mobile device in its vicinity. The sensor can read information from the device and then send content back to it based on that information.

In terms of function, it’s quite similar to the NFC technology that Google has been banking on with Google Wallet. Both are systems that send signals across a short distance from a sensor to a remote device in proximity to it. However, iBeacon has a few distinct advantages over NFC:

How Will iBeacon be Used?

Both NFC and iBeacon are systems for proximity marketing, something distinct from location–based marketing in that it circumvents the need for a wireless carrier’s GPS or triangulation data altogether, relying on instead on machine-to-machine communication. This is beneficial in several ways:

It will be a while before the initial case studies filter out and even longer before best practices are developed and metrics take shape. But well before 2014 is over, retailers will be asking themselves what their iBeacon strategy is.

What’s Search Got to do With it?

The aforementioned iBeacon strategy will be integrated with several key elements of marketing strategy – specifically CRM, social media, merchandizing, and most importantly, search. Certain existing elements of search will be influenced by adoption of this new technology and more traditional real-world models will be augmented by it. For example:

Why Now and What’s Next?

Now that Apple, with its 500+ million iOS devices and 50+ million apps has chosen BLE, the opportunity for mass adoption of proximity marketing is here. Marketers will be able to reach both the high-spending iOS crowd and the larger Android market with scalable, contextual, location-based marketing, and, eventually, payments (there are already whispers of an Apple iWallet patent and the promise of integration with Google wallet is there as well).

If there’s one thing that a new form of user behavior needs to take off, it’s ease of use and you can bet that Apple and Google engineers are working on a way to make the process of mobile payments linked to iBeacon as simple as possible. By the time iBeacon is fully rolled out and being used at scale (perhaps a year out) you can bet that these wallets with be out as well and consumer adoption of them growing like wildfire.

It’s the payments – and loyalty – angles that are most interesting since they will smooth the way to wide-spread adoption of mobile commerce and redemption.

One of the biggest frustrations the industry has faced as mobile usage escalates is connecting the dots between smartphone search and in-store purchases. Now the option to redeem offers and points and actually pay for purchases is likely to be far smoother, easier and available to one and all. And as device identifiers like Apple’s IDFA and Google’s Advertising ID become more robust and inevitably extended to the browser, it will become easier and easier to connect search behavior to tangible, real-world transactions.

How Do Brands Get Started?

Though Bluetooth can technically be used to send a direct message from device to device, for now, brands will need to have a native app in order to join in the fun.

The latest iOS SDK includes APIs for integrating iBeacon connectivity to your app and 3rd party APIs are being released for Android devices as well. So one of the more interesting side-effects of all this is that brick and mortar brands will have a newly increased pressure on them to develop apps if they have not done so already.

As for the iBeacon transmitters, so far it seems that the initial pilots are happening through direct partnership with Apple – there’s no mention of them yet in the Apple Store. But multiple third-party providers like Estimote and Buy iBeacon are popping up fast, selling branded versions of the sensors for reasonable costs that put them within reach for small and medium-sized businesses (though the real cost is in developing the app).

So what about the privacy issue? There’s certainly the potential for misuse since technically, app developers don’t need to get your permission to track your movement using iBeacon.

It’s likely that most, if not all, reputable brands will install public permission requests into their newly iBeacon-enabled apps. What’s more, the app will not transmit any other personally identifiable information from other apps on your phone or from the phone OS.

The one possible and slightly nefarious possibility is that brands could use your iBeacon-supplied location info (and visit history) to serve ads into an app from third-party partners. It’s a given that someone will try.

Users can, of course, turn off Bluetooth (Apple sets it on by default) or turn off location services altogether. But these will be very unpopular options as we become increasingly reliant on location-based services and wearable technologies that depend on Bluetooth to integrate with our other devices.

So no doubt our privacy policies will become more detailed, our tracking more convoluted and our advertising options infinitely more complex.

Brands are going to have to put more thought into how they build apps and consumers, more care into how they use them. But overall, iBeacon is a win-win to both sides.

Consumers will find what they’re looking for faster and more efficiently and over time have greater opportunities to save money through sales, incentives, and loyalty programs. Brands will have the tools to finally combat showrooming on a more level playing field.