Well it’s been a big week for search, I think we can all agree.

If you’re a regular Google user (65% of you globally) then you’ll have noticed some changes, both good and bad.

I won’t debate the merits of these improvements, we’ve done that already here: Google kills Right Hand Side Ads and here: Google launches Accelerated Mobile Pages, but there’s a definite feeling of vexation that appears to be coming to a head.

As the paid search space increases in ‘top-heaviness’, as organic results get pushed further off the first SERP, as the Knowledge Graph scrapes more and more publisher content and continues to make it pointless to click through to a website, and as our longstanding feelings of unfairness over Google’s monopoly and tax balance become more acute, now more than ever we feel there should be another, viable search engine alternative.

There was a point not that long ago when you could easily divide people between those that used Google, Yahoo, Ask Jeeves and AltaVista. Now it’s got to the point where if you’re not using Google, you’re not really using the internet properly.

Right now though maybe we should be paying more attention to the alternatives. Maybe our daily lives and, for some of us, careers shouldn’t need to balance on the fickle algorithm changes of the world’s most valuable company.

Let’s see what else is out there in the non-Google world. It’s not that scary, I promise. Although you may want to bring a coat.

Please note: this is an update of an article published on SEW in May 2014, we felt like it needed sprucing up especially many of the listed engines (Blekko, Topsy) are no longer with us.

But why should you use Bing? Lifehacker has some great articles where they try to convince themselves as much as anyone else why Bing is a serious contender to Google. Plus points include:

The key feature of DuckDuckGo is that it doesn’t retain its users‘ data, so it won’t track you or manipulate results based on your behaviour. So if you’re particularly spooked by Google’s all-seeing, all-knowing eye, this might be the one for you. 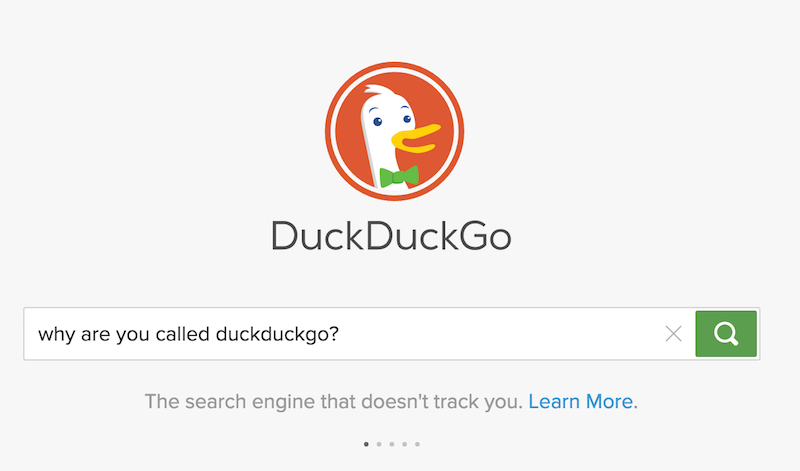 As Google gets better and better at answering more complicated questions, it will never be able to match the personal touch available with Quora. Ask any question and its erudite community will offer their replies. Or you can choose from any similar queries previously asked.

Dogpile may look like a search engine you cobbled together with clip-art, but that’s rather the point as it pulls in and ‘curates’ results from various different engines including Google, Yandex and Yahoo, but removes all the ads. Of course if you’re going to give up Google, then you’ll also have to give up YouTube, which can be a terrifying prospect. But there is an alternative. And a pretty good one at that… Vimeo. The professional’s choice of video-sharing site, which has lots of HD video and no ads. This is a Russian portal, offering many similar products and services as Google, and it’s the dominant search engine in Russia.

As you can see it offers results in a nice logical format, replete with favicons so you can clearly see the various channels for your branded queries.

If you want to get into the nitty-gritty of a subject with a variety of different points of view away from the major publications, Boardreader surfaces results purely from forums, message boards and, of course, Reddit. 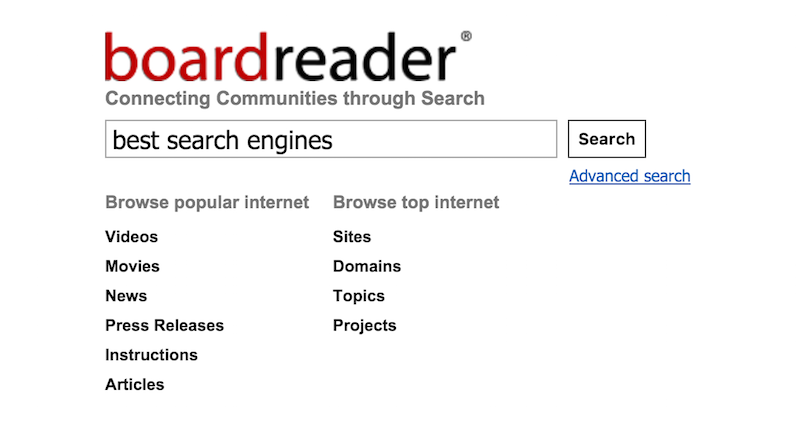 WolframAlpha is a ‘computational knowledge engine’, or super clever nerd to you and me. Ask it to calculate any data or ask it about any fact and it will give you the answer. Plus it does this awesome ‘computing’ thing while it thinks about your answer (which can take a short while.) It’s not always successful, you have to practice how to get the best from it. But at least it’s aware of the terrible 90s television show The Dinosaurs.

Another search engine that puts privacy at the forefront, StartPage (originally Ixquick) was the first search engine to allow its users to search privately.

With StartPage, none of your details are stored (including your IP address) and no cookies are used, save for a single, anonymous cookie that’s used to remember your preferences. (For those who want to go “cookie-free”, StartPage has a URL generator alternative to save your settings).

Uniquely, StartPage also offers a proxy for those who want to not just search, but browse, the web in full privacy. 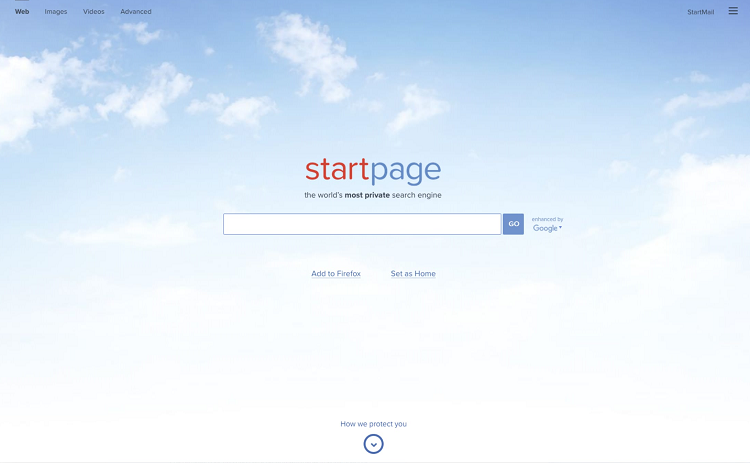 It’s still a slightly mediocre search engine pretending to be a question and answer site, but the ‘Popular Q&A’ results found on the right hand side are very handy if Jeeves himself can’t satisfy your query. And what a good use of the right-hand side space, huh Google.

SlideShare is a really handy place to source information from presentations, slide decks, webinars and whatever else you may have missed from not attending a conference.

You’ll also be surprised what information you can find there. 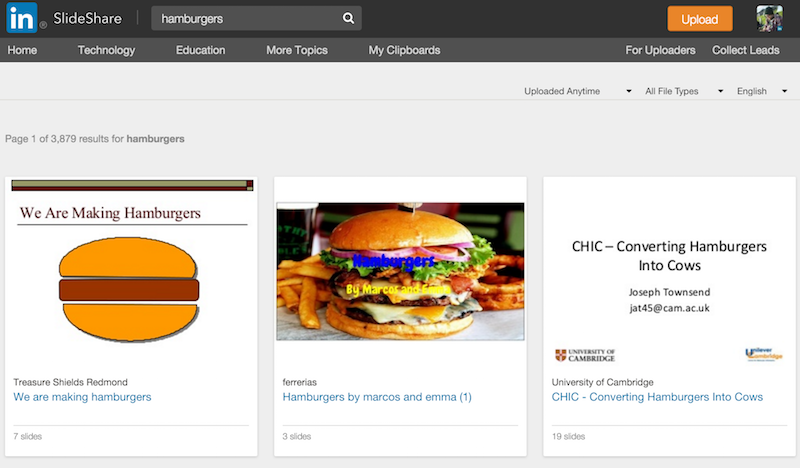 “Inhale the web” with the friendly looking hoover guy by creating your own topic page, which you can bookmark and see results from a huge number of channels in that one page (including Google, Bing News, Twitter, YouTube, Flickr). CC Search is particularly handy if you need to find copyright free images for your website (as discussed in this post on image optimisation for SEO). Just type your query in then click on your chosen site you want to search. 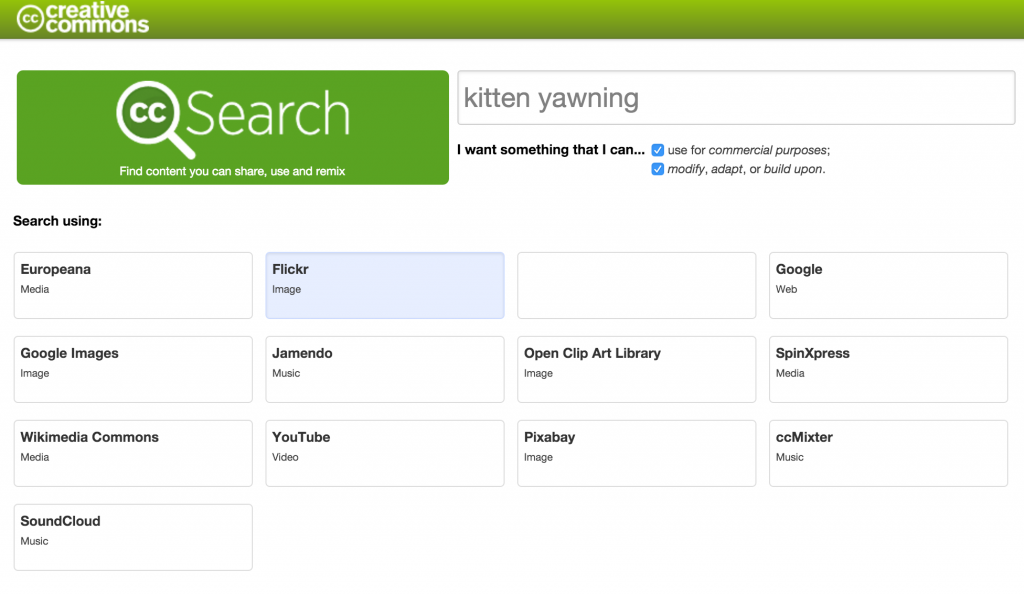 Because really, when it comes down to it, we could imagine a worse dystopian future than one in which we all communicate entirely in Gifs. 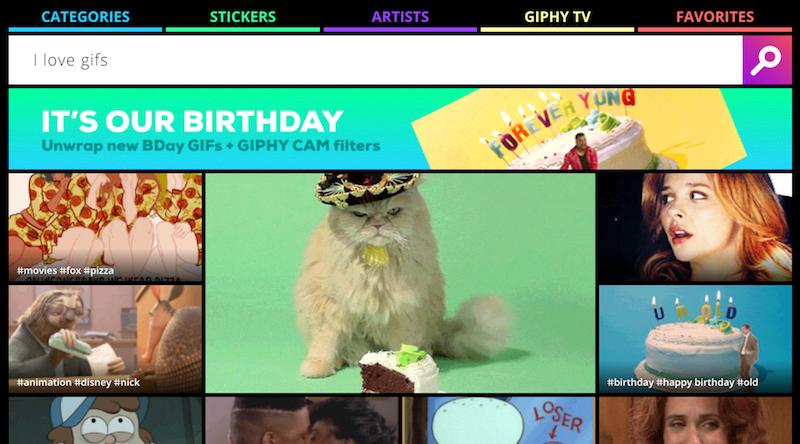 10m Ian O’Rourke and Stephen Davis
SEO takeaways from 2020: A review of the most unusual year for search

11m Adrian Kempiak
Search engine saturation: The ever evolving SERP and how brands are responding

3y Andy Betts
What's it like using DuckDuckGo in 2019?