IndustryPenguin 4.0: what does it mean for SEO practitioners?

Penguin 4.0: what does it mean for SEO practitioners?

As you’re no doubt aware, Google finally rolled out its Google 4.0 algorithm update at the end of last week.

As you’re no doubt aware, Google finally rolled out its Google 4.0 algorithm update at the end of last week.

Other important changes include:

So how do these changes affect actual SEO practitioners? I asked a panel of experts and SEW contributors their views on Penguin 4.0, including:

Do you think the new version of Penguin is fairer? Do you think it’s an adequate deterrent when it comes to spammy link-building?

Kevin Gibbons: Yes, being realtime helps to set expectations as you won’t have to wait weeks or months for the next algorithm refresh to assess your link removals.

Of course Google’s algorithm is always a moving target – but it is becoming harder to be manipulated at scale. In some verticals it can even be a game of whoever doesn’t have the worst backlinks might win. Perhaps having a new domain with no link reputation isn’t a bad starting point any more!

Gerald Murphy: I think the algorithm is fairer. Think about it, you will be awarded for great content, instantly. I also think that, with the rise of AI, Google will soon be able to understand links more. A flower shop on Valentines Day, for example, will get away with more spam-like links but this won’t be the case in September. As links will be linked with behaviours.

Nikolay Stoyanov: Yes, I think that the real-time version of the Penguin algorithm will be fairer and will play a very positive role for the whole SEO community.

Google Penguin is now a part of the core algorithm and every change (either a negative or positive one) will happen very quickly (maybe not instantly but on a daily or weekly basis). After more than 700 days of waiting we can finally rest assured that whatever SEO mistakes we make we will be able to quickly fix afterwards. This works both ways though. If we use some gray or black hat techniques Google will be able to catch us very quickly and punish us for not following its rules. So this is a double-edged sword.

Another great change with Penguin 4.0 is the fact that it became more “granular”. This means that whatever penalties hit our sites from now on they will impact separate pages on the site and not the whole domain in general.

I believe that this will be a positive thing as it will give us a better chance to fix those penalized pages and to learn from our mistakes without losing a huge amount of our organic traffic (like before).

Ideally, the latest Penguin update will benefit white hat SEO experts like myself and will help us take our SEO to the next level. Same goes with end users who will get better results to answer their search intent properly.

Conversely, black hat techniques (especially PBNs) will slowly become obsolete and will eventually stop working which is the ultimate goal.

Have you experienced any affect from the Penguin update?

Kevin Gibbons: None of our clients have seen any negative shifts in organic traffic.

However, in the past we have noticed trends of referral traffic dropping as a knock-on effect from blogs/forums/publishers that have been penalised and as a result of them having less traffic, there are fewer outbound link clicks.

The data we have so far is too early to highlight a trend, but it’s certainly one to keep a close eye on…

Nikolay Stoyanov: No, I haven’t seen any change on my site or my clients’ sites since Penguin 4.0 was launched. I guess it’s because I’m playing by the rules but also because it’s not been entirely rolled out yet. It’s way too soon to jump to conclusions.

How can webmasters best avoid the risk of being affected by Penguin?

Kevin Gibbons: Focus on building a brand, not links.

If your activity is just for link building, it will leave an SEO footprint. No-one wants that.

Also monitor the links you have and audit these on a frequent basis. If you’re in a competitive industry, you may have to actively disavow negative links that have been built to your site that someone else has built! 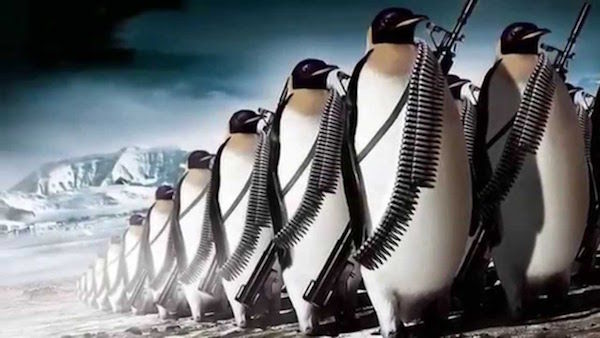 Gerald Murphy: Data analysis is even more important to SEO. This most effecient way to analyse this update is to breakdown links by category, sub category, and page level, and then compare this with data, such as, visits, average blended rank, and revenue, for example.

Nikolay Stoyanov: Forget about shortcuts in SEO! There aren’t any. The only way to stay on the safe side and secure your brand, visitors and sales is if you do white hat SEO.

Write well researched and useful content and build quality links to it. That’s it! Nothing’s changed. Hopefully with the real-time Penguin that’s exactly what’s going to happen. Maybe not at once but eventually.

With Hummingbird and RankBrain we’re already seeing lots of positive changes in the SERPs from content perspective. Now’s the time to see the same when it comes to link building.

How, if at all, will this update change the way you work?

Kevin Gibbons: The update doesn’t change our process, the only thing it might do is re-affirm the message we have been on the right track by focusing on quality. We’re just hoping it catches some of our clients competitors out!

Nikolay Stoyanov: I wouldn’t say that Penguin 4.0 will change my work routine in any way. But I am pretty sure that there will be a much higher demand for quality link building services in the upcoming years due to this huge change in the SEO world.

Hopefully, more and more webmasters will start playing by the rules as they should be same for everyone. That’s fair!

What future algorithm changes do you wish to see? Is there anything Google is ignoring?

Kevin Gibbons: There’s always been a gap between what Google says it’s algorithm does and what it actually does. Over recent years they’ve done a much better job at closing these, and most of the tactics that do work are often very short-term, which is enough to keep most brands away from them.

I would expect them to be looking at things such as:

Gerald Murphy: AI integration with links to get a deeper analysis of behaviour, such as, seasonality and maybe even social media signals. Remember mobile is going to kill links because of our behaviour. Name me a user, sitting in the front room on their tablet or smartphone, reading another great blog who creates a HTML link. This is not in our behaviour.

Nikolay Stoyanov: I want to see all the black hat and grey hat methods dead. Starting with PBNs. I still see multiple sites ranking in top 5 or higher with low quality or PBN links that I can smell from a mile away. It’s high time that Google Penguin starts penalizing these websites like they deserve.