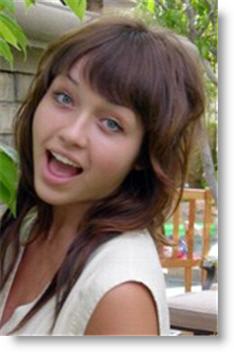 Nikki Catsouras has achieved Internet immortality. She was an 18-year-old college freshman living in California with her parents and two sisters in 2006.

Nikki Catsouras loved to shoot videos on her camera, according to ABC News, and ironically, it a camera would memorialize Nikki’s life and death as a gruesome and macabre joke on the Internet.

Photos of Nikki Catsouras in death are now the top search results in Google. Even Wikipedia has a page dedicated to the gory car crash.

Search engines, in our view, are neither good nor evil. How people use search engines determines whether the engines benefit society.

So when the Nikki Catsouras story broke today, we weren’t surprised. It’s not the first time MySpace or other social media sites have been caught up in seamy stories.

She borrowed the keys to her father’s Porsche 911 Carrera, a car that goes zero to 60 miles an hour in less than five seconds. She had never driven the Porsche before.

According to state highway patrol reports, at approximately 1:45 p.m. last Halloween, Nikki Catsouras was traveling 100 mph on State Route 241, near Lake Forest, Calif., when she clipped another car and lost control, going across lanes over the median and slamming into a concrete tollbooth. She was killed instantly.

“Her head was more or less cut in two and sort of cleaved and then smashed. It’s nothing that anyone should ever have to see,” said Michael Fertik, the founder of ReputationDefender, a company that helps clients such as the Catsouras family remove items from the Internet. The Catsouras family was told they should never see the photos from the scene of the horrendous accident.

As the Catsouras family was grieving for their daughter, the accident scene photos showing Nikki’s mutilated body suddenly appeared on the Internet.

A fake MySpace page was created, which at first looked like a tribute to Catsouras but also led to the horrific photos.

The pictures, taken by California Highway Patrol (CHiPs) officers and e-mailed outside the department, became so prevalent that Lesli Catsouras stopped checking her e-mail. Nikki’s younger sisters were forbidden to use the Internet, and 16-year-old Danielle was taken out of school to be home schooled for fear her peers might confront her with the photos.

A lawsuit against the California Highway Patrol for allegedly releasing the accident scene pictures has been filed by the parents of Nikki Catsouras.

Of course, not only search engines and the Internet spread stories like this one. ABC News has a Primetime special on the Nikki Catsouras story tonight.

Google search results photos and images after the jump:

2w SEOmonitor
Why killing your content marketing makes the most sense