YouTube announced the availability of Academy Award winning film “Citizen Kane” and that you can now edit your uploaded videos on YouTube while maintaining the same video ID. Now, it may not be obvious how these dots are connected. But they are. 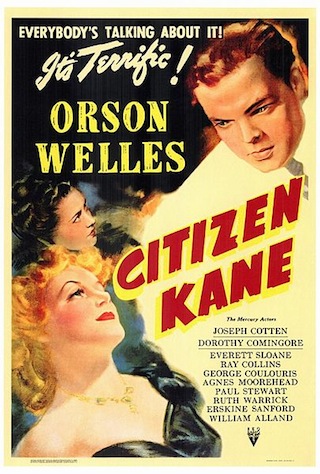 Now, it may not be obvious how these dots are connected. But they are.

According to DoubleClick Ad Planner data for July 2011, YouTube enables 800 million people worldwide to discover, watch and share originally-created videos. Since most of us provide search engine marketing services, we tend to focus on how to use the YouTube Keyword Tool and video optimization techniques to help people discover our YouTube videos. And since many of us also offer social media marketing services, we’re also interested in finding answers to questions like, “How do you encourage people to share your YouTube videos on Facebook, Twitter, and blogs?”

But, let’s face it. If you aren’t creating online video content that is worth watching , then video SEO and social video marketing isn’t going to save you. It would be as unproductive as Charles Foster Kane (Orson Welles) forcing his mistress and second wife Susan Alexander (Dorothy Comingore) into an operatic career for which she has no talent or ambition.

That compelling story earned Herman Mankiewicz and Welles an Academy Award for Best Writing (Original Screenplay) in 1941. And telling compelling stories that are inspiring, entertaining, enlightening, or educational are the key to creating YouTube ads worth spreading in 2011.

But what happens if you get it mostly right? What can you do if your originally-created video has a minor flaw?

For example, check out the “Citizen Kane” movie trailer on Movieclips.

Let’s say you wanted to use this old trailer to promote the 70th anniversary of “Citizen Kane”, which the American Film Institute (AFI) voted as the “Greatest Movie of All Time.” But in this old trailer, Wells made some comments about the chorus girls that were patronizing in 1941, but you’re afraid may sound sexist today.

Until last Wednesday, once you had uploaded a video YouTube, it couldn’t really be changed. If you wanted to trim off the end, swap out the soundtrack, or add an effect, you had to edit your video using a separate program and upload it again. You could add an annotation, but that would only call attention to the inappropriate comments.

This brings us to YouTube’s second announcement last Wednesday. Now, you can edit your uploaded videos right on YouTube and maintain the same video IDs. This means you keep your view count and comments, and all the existing links to your video will continue to work. No re-uploading necessary!

Now, trimming an old movie trailer may seem as unforgivable as rewriting history. So, let me pick a more modern example.

Let’s say that you’ve created the “Inspired by Iceland Video.”

Inspired by Iceland Video from Inspired By Iceland on Vimeo.

According to IceNews, “The Inspired by Iceland advertising campaign carried out on behalf of the entire Icelandic tourist industry has won gold at the European Effie Awards — one of the continent’s most prestigious advertising industry award ceremonies.”

Inspired by Iceland has just won the gold prize in the social media category, which means it was the European ad campaign that provided the best return on investment in social media in 2011.

The campaign won because it was able to use Facebook, Twitter, and blogs. But it had to use Vimeo instead of YouTube because the brief nudity in the video, which is acceptable in Europe, could get it flagged as inappropriate in the United States.

So, would you have wanted the option of making some quick fixes to your YouTube video?

Hey, this isn’t a new issue. As Michelangelo was painting The Last Judgement on the alter wall of the Sistine Chapel between 1535 and 1541, Cardinal Carafa was organizing the “Fig-Leaf Campaign.” And after Michelangelo’s death, Daniele Ricciarelli was hired to cover the naked figures with vestments and loincloths, earning him the nickname “the breeches maker”.

So, it’s up to you. But, consider this: Some people may share your video with their college buddies or friends from Saturday night, but not with their parents or their boss.

Your YouTube video might be so inspiring, entertaining, enlightening, or educational that it still goes viral. But if a fig leaf will improve the odds that opinion leaders will embed your video in their blogs and sites, email it to their colleagues and contacts, or share it to Facebook, Twitter, or Google+, then wouldn’t you want the option of adding one?