IndustryAsk.com’s Top Question of 2012: Will Robert Pattinson & Kristen Stewart Get Back Together?

Ask.com’s Top Question of 2012: Will Robert Pattinson & Kristen Stewart Get Back Together?

After the cheating saga of “Twilight” co-stars Robert Pattinson and Kristen Stewart came to light, Ask.com users this year overwhelmingly asked one question: "Will Rob and Kristen get back together?" That was the top trending question of 2012. After the cheating saga of “Twilight” co-stars Robert Pattinson and Kristen Stewart came to light, Ask.com users this year overwhelmingly asked one question: “Will Rob and Kristen get back together?” That was the top trending question of 2012 from Ask.com.

Spoiler alert: apparently, yes. At least for now. The big question now: is KStew pregnant with the spawn of RPatz? Will they name their unborn and potentially immortal child Renesmee? And why do I even know any of this?

But there was more on people’s minds than celebrities. Ask.com also revealed top news and political search terms and questions.

On a sad note, it seems Ask.com’s year end compilation now filters out some of the most fun and humorous questions they used to include a couple years ago – or perhaps people have finally figured out how to get pregnant without the help of search engines or that Lady Gaga isn’t a man (or is she?).

Ask.com also used Harris Interactive to conduct a survey (because they really wanted to “dig deeper” into these trends) of 2,071 adults that aims to complement their list, but really doesn’t add much of anything. OK, let’s have a look.

We already know Pattinson and Stewart led the way on this year’s list. Last year it was all about Kim Kardashian (was her wedding fake?), but now she’s nowhere to be found – though she was still highly sought after, according to Bing’s list of 2012 top searches. Anyway, here’s the full list:

By the way, in answer to number 7, here’s the best parody: 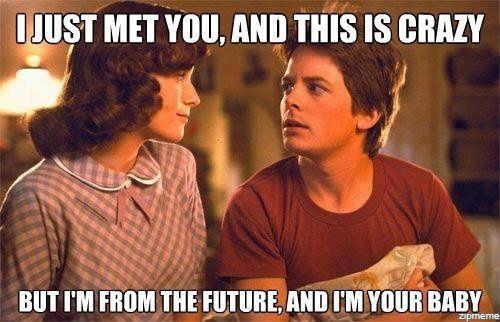 Digging “deeper”, Ask’s survey points out that Kate Middleton is the “overall favorite celebrity” of 2012. Not sure how she even figures in when she’s not on the list, but OK. And in case you were worried, Pitt, Jolie, Cruise, Holmes, and Stewart are all also super popular. Shocker!

The Olympics, death and destruction, the iPhone, and Facebook’s IPO were among the biggest news events of the year. Here’s what people were asking about on Ask.com.

Again, Ask went “deeper” to let us know that the country is split on Armstrong being stripped of his titles, most people think there’s no difference between the iPhone 5 and previous versions, people think Facebook stock is a bad buy, and the Colorado shooting was the most “shocking” headline. Oddly, the survey stopped short of mentioning that the sky is blue and water is wet.

As you’d expect, the multi-billion dollar presidential campaign that essentially changed nothing was quite a popular search topic. Gay marriage, Obamacare, and legitimate rape were also in the mix:

The only additional “deep” insight from Ask’s survey: 59 percent of Americans don’t like to read friends’ political views on Facebook. Figured that number would be higher.