Eric Enge conducted two studies on the impact of Facebook activity on SEO, and found no clear-cut evidence that Google uses Likes or shares for discovery, indexing, or ranking. But Google can figure out who you're friends with and can index posts. 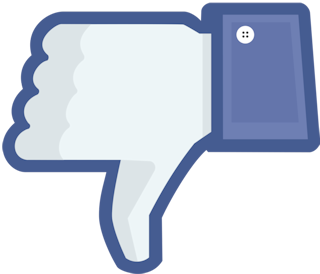 Eric Enge, president of Stone Temple Consulting, has done a groundbreaking study on the impact of Facebook Likes and Shares on SEO, specifically Google, as well as what role profiles play on content shared via status updates.

While there has been a lot of speculation over the years about whether Facebook activity is a factor in Google’s rankings, there’s been no real hard evidence either way. Enge’s new study changes that.

Enge did two separate studies on the impact of Facebook. The first dealt specifically with Likes while the second dealt with Shares.

After creating two different web pages on three different domains, he had friends and Fiverr users drive likes to each of the pages. Despite each of those pages being liked nearly 900 times each, Google never crawled are indexed any of the six pages. So Google clearly is not using Facebook likes to discover or index new content.

There are couple reasons why Google doesn’t seem to be using Facebook Likes when it comes to discovery and indexing. While Googlebot can execute the Facebook Like script, it has no idea which people Liked it. When looking at links, for example, Google is able to assign trust to the links based on who is doing the linking. But when it comes to Likes, Google is unable to assign a similar kind of “score” based on who is doing the liking because it simply doesn’t know. Therefore it can’t determine that one page may be liked by very influential people while a second page is liked by only fake Facebook profiles.

“Likes are simply not in the picture,” Enge said. “The only data Google can possibly get is the number of Likes on a page if the page has a Like widget on it, but they have no idea as to who has Liked the page. For that reason there is no value to that information to them. I think it is pretty conclusive that they don’t use it for discovery, indexing, or ranking.”

Google indexing based on Facebook shares was also tested. They asked over 50 people to share different sets of pages, however each page only ended up being shared about 10 times each, although some of the shares were made by fairly high profile people in the industry, people you would expect would have a bit more influence for ranking factors.

Again, although the sample size was fairly small in terms of the number of shares, Google didn’t crawl or index the shared pages either. However, the results could possibly have been different with a larger sample size.

“The data on Facebook shares is less conclusive,” Enge said. “It suggests that Google does not use it for discovery, indexing, or ranking. I believe that this is in fact true, but others can choose to point out that we don’t have a comprehensive data set here, and they would be right. However, our conclusion (that they don’t use shares) is also consistent with what Google says about Facebook signals as a ranking factor.”

Profile pages are also looked at for potential ranking factors. Google has the ability to crawl public profiles and see who your friends are when crawling the mobile version of Facebook.

To get more Friends shown, you need to scroll the page down, and when you do that, Javascript executes that pulls some additional Friends up and displays them. As you scroll down more, more and more Friends are loaded. It is possible for Google to get the entire Friends list in an automated way, but they probably don’t because of the nature of the Javascript. There is no separate version of the page for users without javascript.

However, on the mobile version of the Facebook site, there is a clean link on the Friends page to “show more friends”. This is a simple text link and it is not scrolling dependent. We can’t conclusively decide that Google is pulling this data, but clearly if they are motivated to get this data they can. For that reason, for purposes of this article, we will assume that they do!

While there’s no clear-cut evidence whether Google is or isn’t doing this, the opportunity is there, which also means that it is potentially beneficial for users to be friends with high profile users, and those with strong profile pages in Facebook.

One interesting thing was that Enge also discovered that Google has indexed a large number of Facebook posts – 1.87 billion to be exact. So next they looked at those with high PageRank profile pages, from people linking to their profile page, to determine the frequency that those higher authority users saw their post content indexed. However, while the results showed that some of their posts were being indexed, the percentage of content indexed from the profile page was in the neighborhood of 60 to 70 percent, depending on the age of the post.

On those profile pages, images seem to be the least likely by far to be indexed by Google, while links and text did very well. Videos vary depending on the age of the post, and while they were ahead of images, they were far behind to both link and text. But even for these prominent profile pages, Google doesn’t seem to be crawling every single thing on the page and indexing it, but there doesn’t seem to be a specific reason for the inconsistency.

All the data collected was made available publicly for full disclosure purposes and can be viewed in the spreadsheets here.

While Google has the ability to use Facebook influence in their algorithm, there doesn’t seem to be any evidence that Google is using it to discover, index, or rank any content on the web at this time.

This shouldn’t dissuade people from using Facebook for marketing purposes, because shares and updates clearly can deliver traffic and exposure.

But from an SEO perspective, you don’t need to worry that you need to share every new piece of content on Facebook in hopes you rank higher. Of course, Google being Google, they could change the role of Facebook in the algorithm at any time, but right now there is no influence by using Facebook strictly for SEO value.