Paid links are an incredibly gray area. What exactly is a paid link? How can Google figure out what is paid and what isn't? Where does Google draw the line? Google's Matt Cutts dives into the topic of paid links in a new webmaster help video. 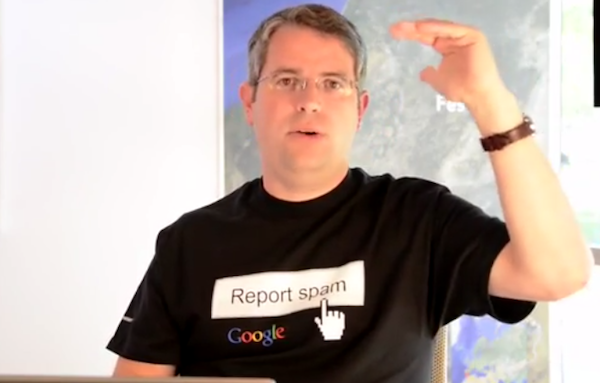 Webmasters and Google have such a love-hate relationship when it comes to backlinks. Webmasters know they need great backlinks in order to rank well, and Google knows they need to keep on top of how to determine if a link is paid or not, so they can react accordingly.

Paid links are an incredibly gray area. What exactly is a paid link? How can Google figure out what is paid and what isn’t? Google’s Matt Cutts dove into the topic of paid links in his latest webmaster help video.

There are definitely a lot of cases where it is painfully obvious to trained SEOs when a link is paid, even when some webmasters think they are being pretty clever about it.

“The vast majority of the time things are incredibly clear: people are paying money outright for links based on PageRank, flowing the PageRank, trying to get high the rankings,” Cutts said. “Ninety-nine percent of the time it’s abundantly clear that these are links that are being bought and paid and sold and all that sort of stuff.”

But then there’s the gray area. What if someone isn’t paying someone for a backlink, but instead the company takes them out and buy them pizza and beer in exchange for that link or story? Does it become paid then? Or where is that line? Cutts continues and tries to explain the differences.

1. Value of the Item

Is it swag you picked up a conference, such as a T-shirt or a pen? That likely isn’t going to sway your opinion on what you write about the company.

But things range in value from cheap pens all the way up to things of high monetary value, and that’s where evaluating paid links gets tricky. Cutts said:

But we do look at how close something is to actual money when we look at those kinds of things. If somebody goes and buys you a dinner and you write a blog post four months later, and the dinner wasn’t some huge steak dinner with 18 courses … that’s probably not the sort of thing we worry about, as you would guess.

What about if an item is simply loaned for that review versus an outright gift?

“Another criterion we use is whether something is a gift or loan,” Cutts said. “So imagine, for example, that somebody loaned out a car for someone to try out for a week versus giving them a car. There’s a big difference there.”

This is actually quite a common practice for loaning out high ticket items, because not many car bloggers, for example, would be able to afford to outright by all these cars every year to review, and car companies are looking for the publicity that goes along with reviews, not to mention the price of a new car would be worth so much more than a few paid links on a car blog or news site.

“If somebody’s giving you a review copy, and you have to return it, that a relatively well-respected thing where people understand, ‘OK I’m trying this out (I’m a gadget reviewer or whatever) and then see if I like this camera, but I do have to send it back.’ Whereas if someone sends you a camera and said, ‘you know what, keep it,’ that’s something that’s much closer to material compensation in our opinion,” Cutts said.

Cutts said Google also looks at the intended audience, noting it can be hard to judge intent, “but bear in mind the vast majority of time the intent is crystal clear when someone is giving you actual money to buy links,” he said.

Cutts gave the example of being given a free trial of a product. The intent generally isn’t that they are going to be giving links in exchange for trial, but rather they are looking to make the sale after the trial is over and for then that person to tell other people about it.

“The difference would be where we’ve encountered people who are supposed to be reporters, who would say if you give us a laptop then we will write nice story about you, and it’s giving me a laptop not borrowing a laptop,” Cutts said.

4. Is it a Surprise or Expected?

Cutts next discussed whether it would be a surprise to learn that there was some compensation in some regard.

If you’re a movie reviewer, it’s not a surprise that somebody probably lets you into the theater and maybe you watch the movie for free. That’s not something that’s going to be a surprise. If it was a reporter for a tech blog and they said “give me a laptop and I get to keep it”, that would be a surprise, and it was for something not reviewing a laptop, it’s “I’ll write about your startup if you give me a laptop”.

Cutts also noted that they reserve the right to take action against other manipulative or abusive techniques trying to exploit people’s trust that aren’t explicitly against Google’s guidelines.

He also suggests that webmasters review the FTC guidelines regarding compensation if they still are unclear whether something would be considered paid link due to the compensation.

While this clears up the issue surrounding at what point compensation goes from not being a paid link to being a link, there’s still a lot of gray area in the middle, and it will come down to what Google can determine algorithmically or manually when it comes to evaluating what are paid links.