Bing has been giving users rewards points for years, but a new partnership with the Seattle Seahawks marks the first time a third-party has been involved in the program.

For nearly five years, Bing Rewards has offered consumers swag in exchange for searches. A new partnership with the Seattle Seahawks marks the first time the program has been customized to include offers from a third-party. 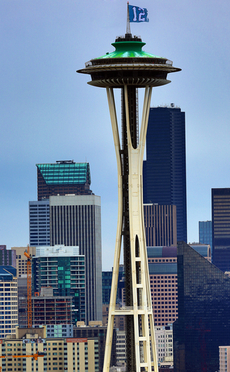 The program rewards people for choosing Bing as their search engine. Once they’ve signed up, all users have to do is search with Bing in order to earn rewards points – more searches mean more points – which can be redeemed for chances to win various prizes, such as gift cards from Amazon, Starbucks, Groupon and Burger King. As part of the partnership with the Seahawks, related rewards include season tickets, autographed gear, a golf outing with the team, and a road trip to San Francisco for an away game against the 49ers.

And given Seattle’s die hard fan base, the Seahawks might be a good place to begin experimenting with sponsored searches, according to Stephen Hoops, a search marketing associate at Pittsburgh-based Direct Online Marketing. “I think it’s a pretty smart way to go about it because [Seahawks fans] are a pretty dedicated fan base,” he says.

Bing is also a longtime sponsor of the team; this month’s training camp is “presented by Bing.”  And Seahawks fans have long proven loyal to their team and team sponsors. Looking at hometown crowds, TV audiences, stadium attendance and social media, Forbes named Seattle football fans as among the most loyal in the country. During the team’s eight home games last season, CenturyLink Field had an average attendance of 68,412, despite a capacity of 67,000.

However, Hoops wonders what happens once the rewards have all been handed out. “What percentage of Seahawks fans are still using Bing as their primary search engine after that?” he asks.

It could be that the program helps boost Bing’s numbers in future comScore analyses, especially when crossed with the Bing integration present throughout Windows 10. But Hoops remains skeptical about how much this partnership will do for Bing in the long run.

“I understand [Bing wants] to gain more market share, but my feeling is that this is kind of a grab of desperation,” he says. “I imagine the process might have to involve some sort of opt-in for cookies. It’s going to be really hard to see in the short-term.”

The credits will be redeemable for Seahawks prizes beginning August 17.