EventsRob Kerry on the future of search: 2016 and beyond

Rob Kerry on the future of search: 2016 and beyond

At the inaugural Ayima Insights digital marketing conference, Ayima co-founder Rob Kerry gave us his insights into how the field of search is currently developing, and what the future may hold in 2016 and beyond.

At the inaugural Ayima Insights digital marketing conference, Ayima co-founder Rob Kerry gave us his insights into how the field of search is currently developing, and what the future may hold in 2016 and beyond.

Things were simpler back in the early days of online search. Or so I’m told – I wasn’t actually there, but Rob Kerry painted a vivid picture during his presentation at Ayima Insights Conference last Thursday.

Google’s slogan of “Don’t be evil” actually seemed like something that the company still believed in; ads and sponsored links were much more clearly delineated; and all you needed to do to make your site rank well in search results was to insert a keyword in the right places. Now things are much more complex, with developments in mobile technology and voice search changing the way that people seek out information. And Google, in spite of all its best efforts, is no longer as central as it would like to be.

So what are the key trends currently affecting the direction of search, and what changes does Kerry sense in the winds for the future?

A long-standing source of frustration for Google has been the increasing amount of web content that is contained within ‘walled gardens’, sites like Facebook to which people post crucial details about themselves, their lives and loves, all beyond the reach of Google’s grasping, information-hungry hands.

Google wants to know everything it can about you so as to serve you the most dedicated, personalised search results, sometimes before you’ve even searched for something. As Kerry put it, “They’re not giving a decent result to the user if they don’t include data from these platforms.” 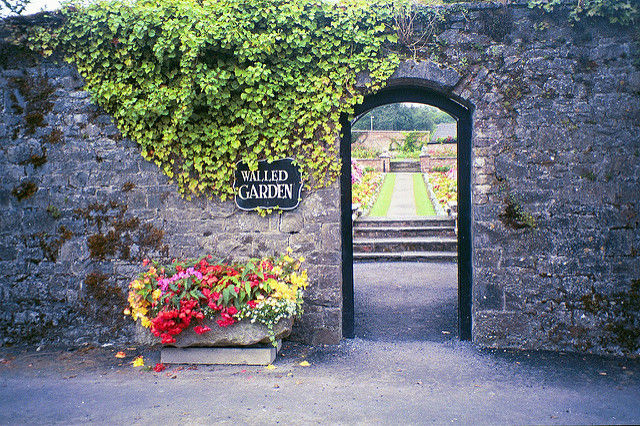 Saying that, Google is also guilty of doing the exact same thing, using its Knowledge Graph function to pull information from websites like Wikipedia onto the search results page, in order to provide the reader with all the facts they need without leaving Google.

In all honesty, the web nowadays is essentially a Battle of the Walled Gardens, with social platforms embedding media such as videos in order to prevent people from leaving the site to watch them; the launch of initiatives like Facebook Instant Articles which serve news articles directly within Facebook; Wikipedia improving its internal search engine to help people find information from its sister projects… the list goes on.

Kerry pointed out that Google in the old days faced very little real competition from its rivals, whose algorithms couldn’t match Google’s for sophistication and accuracy.

While this is still more or less the case, the real threats to Google in 2016 and beyond come from the shifts in online behaviour which take information out of reach of its algorithms. One of those shifts is the trend of publishing data to enclosed online spaces instead of web pages; the other is the rise of mobile. Image by Peter Morville on Flickr; some rights reserved.

The rise of mobile and voice search

It barely needs reiterating at this point, but internet access on mobile is expanding massively across the world, with the volume of mobile data traffic growing by 74% globally in 2015 alone. As a result, mobile technology increasingly dictates the way that people search for information.

This is another area in which, Kerry pointed out, “Google has very little influence, especially on devices such as the iPhone.” While at one time it would have been customary to set your homepage on a desktop browser to Google, things on mobile tend to be much more app-based. (I can’t even remember the last time that I used my browser homepage on mobile).

In fact, Kerry predicts that using apps to discover information instead of a browser is “an area that’s going to develop even more going forward.” I’m sceptical on that front, because I can’t really think of any apps I have which would be useful for information finding except for the Google app (or, all right, DuckDuckGo) and the Wikipedia app. But it could be that I’m behind the times. 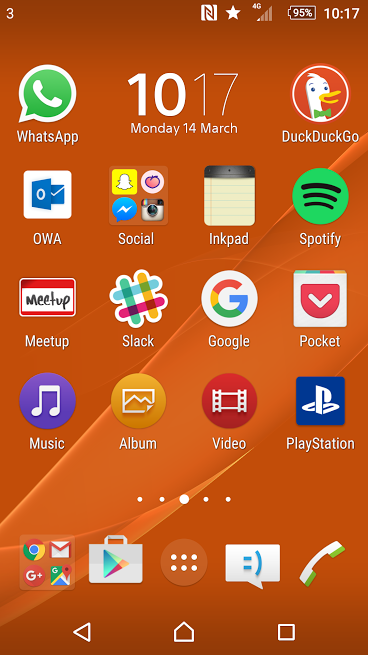 Of course, the recent launch of Accelerated Mobile Pages – Google’s super-speedy mobile web initiative – is one way that Google hopes to reclaim dominion over the mobile internet space (and expand the reaches of its own walled garden in the process). But Google has another problem which stems from the way people use their mobiles to search.

Voice search and voice commands on mobile are becoming increasingly common as people use digital assistants like Siri and Cortana to perform search queries and carry out tasks.

“It’s becoming a lot more common for people to search by talking into their phone,” said Kerry, recalling a time when a person walking down the street talking into a hands-free kit would look like they were talking to themselves. Now it’s a common sight.

But Siri and Cortana aren’t obliged to route their searches through Google in order to return results. “You can bypass Google completely,” Kerry noted, “which is a massive threat to them.” Google has since launched its own voice-controlled digital assistant, Google Now, but it’s not nearly as synonymous with voice-activated digital assistance as Siri has become. Google Now lacks the distinctiveness and personality of Apple’s digital assistant, and many Android users will simply look for how to install ‘Siri for Android’ instead. (Although why would you choose Siri when you can have JARVIS from Iron Man?)

This increasing humanisation of technology and in particular, search, could be one of the reasons why people are starting to phrase their search queries differently. For an increasing number of people, search no longer a set of disconnected keywords but a conversation, and searches are becoming longer and more specific as a result.

Remember Ask Jeeves? The 1996 search engine which revolved around questions phrased in everyday language was actually ahead of its time, according to Kerry. Twenty years on, search trends are finally moving towards ‘natural language’ queries, but far too late for poor Ask Jeeves.

The company behind Ask Jeeves stopped developing its search technology in 2010, instead choosing to outsource it, in the face of huge competition from more popular search engines. Ironically, Kerry estimated that if Ask Jeeves’ search technology were still in development today, “it would be worth a considerable amount of money.”

Rob Kerry’s assessment is that website owners need to have Q&A style content on their sites in order to do well in the world of natural search. With search technologies like RankBrain and Hummingbird able to serve up more intuitive, tailored results to increasingly specific questions, website owners need to have the answer to these questions on their sites.

Kerry pointed out that ecommerce websites like Amazon are increasingly integrating this sort of information into their service with the Customer Question & Answers feature. I’ve also noticed that dedicated Q&A sites such as Quora appear much higher up the search results these days than they once did, possibly the first evidence of this trend in action.

Of course, it may be that the demand for human-created answers to questions will only last for as long as it takes our digital assistant counterparts to catch up and render us all completely irrelevant.

But we’ll cross that bridge when we come to it.

Events Optimizing for voice search in 2019: Q&A with Amine Bentahar

1y Kimberly Collins
Google's Pichai answers to Congress: The good, the bad and the frustrating

Events Q&A with Google on the future of search

Events Q&A with Google on the Transformation of Website Security