SEOWhat are featured snippets and how do I get them?

What are featured snippets and how do I get them?

Rob Bucci, the CEO of STAT, delivered a fascinating talk at BrightonSEO last week about the mystery of featured snippets, using his observations after analysing one million queries.

Here’s a round-up of the talk, featuring Rob’s advice on why featured snippets are important and how to increase your chances of obtaining them.

What is a featured snippet?

A featured snippet is a summary of an answer to a user’s query, which is displayed on top of Google search results. It’s extracted from a webpage, and includes the page’s title and URL.

There are three types of snippets, depending on the query:

According to Rob Bucci and STAT, paragraph snippets are the most common, occupying 82% of the featured snippets, with list snippets appearing in 10.8% of the results and table snippets in 7.3%.

Why are featured snippets so important?

With featured snippets you can leapfrog the competition to position zero. Even if you organically rank fifth. @STATRob #BrightonSEO

Featured snippets offer various benefits for any site that can use them effectively.

By obtaining a featured snippet you prove that Google chose your page over others as the most useful one to users’ relevant queries.

When Google chooses your site to be the quick answer to a specific question, the result is displayed above the organic results, which means that you beat the competition, including a site that may rank #1 for the particular search result.

Users like featured snippets as they provide quick answers to their questions and this benefits the chosen site with an increase in traffic, which could be upwards of 20-30%. How to earn a featured snippet

During his talk Rob Bucci offered practical advice regarding featured snippets and how to get them. Here are his basic steps that can bring you closer…

Use the right tools to start searching for keywords to target. Find the right keyword opportunity that could be ideal for your site.

It’s a good idea to create new content while keeping featured snippets in mind, but it’s important that it doesn’t result in unnatural content. Always take into consideration user experience and use ideas that make sense to your vertical. 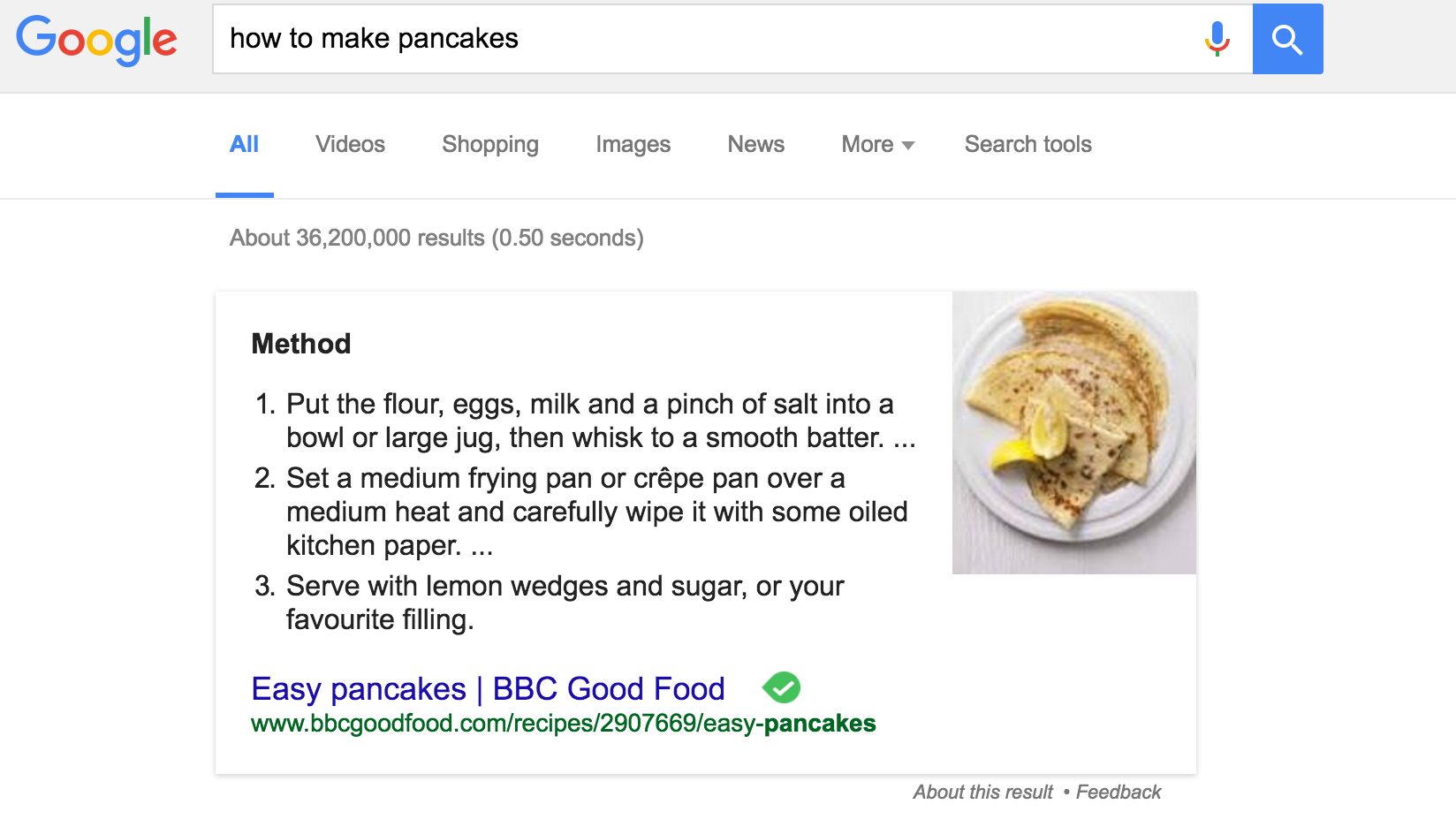 Devote a complete page to a single question, if possible, and find a way to incorporate FAQ into content.

4. Make it easier for Google with subheadings, lists, tables, etc If you have existing snippets, then evaluate and edit them from time to time to ensure a constant traffic back to your site.

STAT analysed one million high-CPC queries for its latest study, in order to take a deep dive into featured snippets and here are the most interesting stats to consider: You don’t have to come first in search to increase your authority and drive traffic to your site, provided that you start creating strategic content that may lead to well-earned featured snippets.

Featured snippets allow you to leapfrog to position 0. It gives you maximum authority too! via @STATrob #BrightonSEO pic.twitter.com/37vPzFt4oH

5m Ann Smarty
Why we’re hardwired to believe SEO myths (and how to spot them!)