Facebook isn't new to advertising, but it seems to be moving in a very interesting direction by launching many new features that would benefit both brands and of course, its own revenue.

Facebook is the perfect example to showcase the success of social advertising, in a way that makes both advertisers and consumers happy.

Facebook isn’t new to advertising, but it seems to be moving in a very interesting direction by launching many new features that would benefit both brands and of course, its own revenue.

According to its latest report, Facebook now counts 1.59 billion monthly active users, which is exactly the reason that brands experiment with Facebook advertising to reach a wider audience.

Facebook loves tweaking the News Feed experience, but up to now, it was clear that advertising is not disrupting the user’s experience. Facebook wanted to make sure that loyal users remain active on the site as much as possible, and this also extended to advertising.

Native ads started appearing on the News Feed, but always balancing the users’ needs with its advertising model. The fact that the ads didn’t necessarily annoy the users helped the brands realise that Facebook is becoming a very interesting platform to explore and its latest features indicate that it’s more serious than ever to create an even more profitable model. 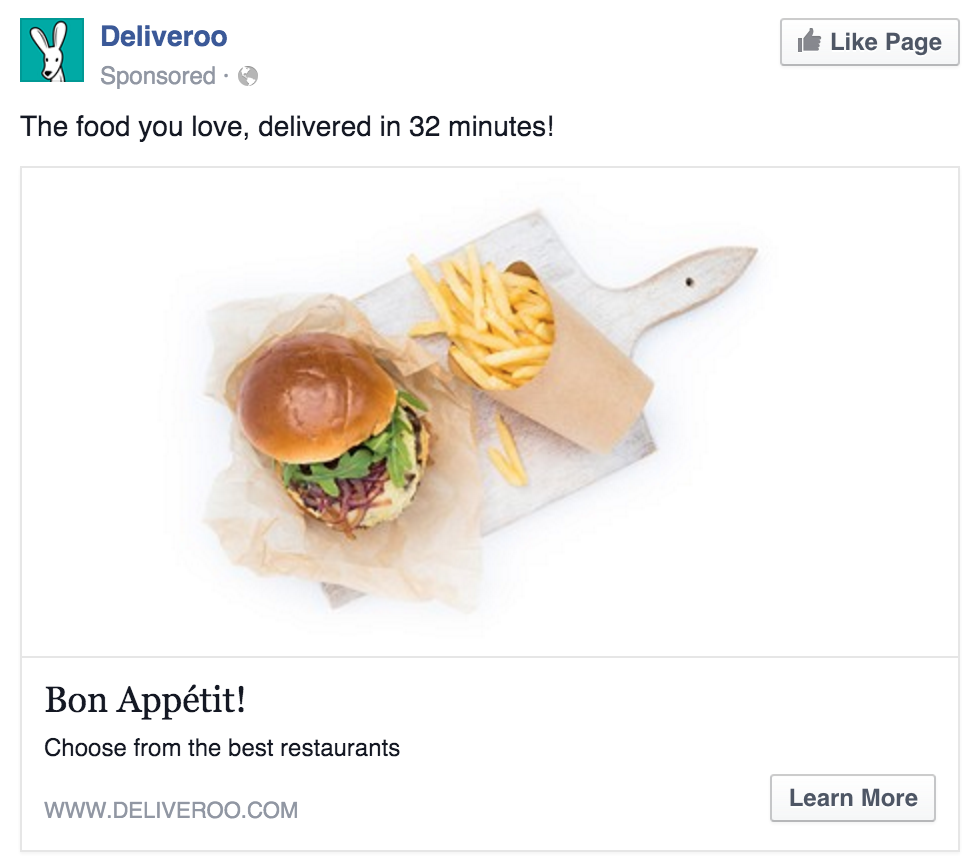 If we had to pick the most interesting trends in Facebook advertising, both from a brand’s and a user’s point of view, we would focus on the following ones:

The concept is similar to Instant Articles, allowing advertisers to feel creative and embrace an interactive experience, without missing their initial goals.

The idea of it was to win the mobile users’ attention through an immersive experience, with the brands having the creative freedom to narrate their stories or promote their products in the most appealing way.

Apparently Facebook considered the idea of full-screen mobile ads in a vertical format from Snapchat and its full-screen experience, which turned out to be a success lately. After all, a brand cannot ignore Snapchat’s stats on vertical videos that have a nine time bigger completion rate compared to horizontal mobile videos.

Moreover, the News Feed algorithm remains as it is, which means that Canvas ads will be displayed as the usual ads, with no priority on the users’ News Feeds. The focus is still on the user experience and ads will still be served depending on the user’s interests and the level of engagement.

Thus, Canvas ads remind us of a micro site, providing useful information to the user (by reducing the needed clicks this time), while they focus on:

If you are interested in trying them out for your business, Canvas ads are now available for everyone through Power Editor and several brands have already created their first ads.

According to early results, Canvas ads have an average view time of 31 seconds, with the most successful ads reaching a view time of 70 seconds.

Coca-Cola and Burberry were among the first brands to experiment with the Canvas ads, while Wendy’s took its creativity to the next level by encouraging users to swipe the images to discover all the ingredients of their popular cheeseburger. ASUS also decided to create a Canvas ad for the Christmas period, which led to an increase of 42% in ad clicks and an average view time of 12 seconds, with 70% of users clicking at the ad to visit the brand’s site.

The success of native video ads and the automatic captions

Facebook users watch more than 100 million hours of videos on Facebook every day, while it numbers 8 billion daily video views, which is double the views it had last April.

As Facebook seems to favour videos in our news feeds, brands understand how important it is to embrace native video advertising on the platform, as a way to use an interactive format to tell their story.

According to Quintly, 65% of all the brand video posts are native videos and they seem to perform 4 times better than any other video format. Facebook’s dedication to boost video ad formats by maintaining the user engagement and the relevance led to a significant ad revenue growth, which isn’t expected to slow down this year.

It’s common for Facebook users to be annoyed by the sudden sound a mobile video may play and according to Facebook’s own research, 80% of users react negatively on such ads and even blame the brands for it.

Facebook has decided to find a solution to this problem, without reducing a video’s effectiveness, by introducing automatic video ad captioning, in order to maintain a brand’s message without annoying the users.

As 41% of videos are meaningless without sound, this solution may keep the user engaged enough to keep watching a video, which will ultimately make the user decide whether to use the sound or not.

What’s more, as brands started wondering how they can measure the exact number of people that were genuinely interested in their ad, Facebook has stated that it will provide them with the percentage of people that watched their ad with the sound on, in order to analyse the ad’s success.

Sedal Sunsilk created a series of video tutorials to promote its brand to the Brazilian audience and the use of text was clever enough to make the audience watch more of it. In fact, the average view duration was 21 seconds and the campaign met the expectations of boosting the brand awareness.

Facebook ads in carousel format are a flexible way to promote your business or your products, by showing multiple images and links in one ad.

It was just a few months ago when Facebook announced the introduction of videos to carousel ads, which means that you can now create a mix of images, videos, and links, in order to showcase your products and services in the most creative way.

Carousel format is a growing trend in Facebook advertising and according to Kinetic Social, it drives 10 times more traffic to a brand’s site comparing to other types of ads.

An effective ad with a series of images and links helps to:

Foodpanda used the carousel format to promote its app and measured an increase of CTR by 180% and reduced the cost per install by 39%. Lead ads were introduced only a few months ago as a more effective way for a brand to collect relevant leads.

A lead ad is a great choice for a business that wants to reach a target audience and provide them with more information about a product, hoping to keep them engaged and eventually sign up. Although it may require extensive testing, in order to approach the audience in the best possible way, it still brings high quality leads at a low cost, which makes it ideal. It’s been observed that people are more willing to sign up when they are learning more about the service, and of course, nobody likes to click from one page to another to obtain the desired information. Thus, Facebook introduced the context card, an additional card in lead ads which provides the users more details on what they are about to sign up to.

This helps both users and brands, as they both maintain their desired relevance, both at a personal and professional level.

Mazda was happy to try out Facebook lead ads, as they brought five times more leads to the site, with a cost per lead dropping by 85%.

Moreover, The Skimm tried the idea of the context card when it was encouraging users to sign up to its daily newsletter and it led to a lead quality increase of 22%.

According to the latest rumours, Facebook is considering ads for Messenger, the popular messaging app which now counts more than 800 million monthly active users.

Techcrunch reports that a leaked document indicates that ads are expected in Messenger during Q2 2016 and this would be an important change both for Facebook, but also for any business trying to reach its audience.

Facebook is not directly commenting on this rumour, but it wants to reassure users that they won’t be disrupted by annoying ads while chatting with their friends. However, this doesn’t mean that it’s not considering creative ways to bring the business opportunities into the popular app.

All the advertising types mentioned above may be very effective for a brand, but success is not always guaranteed.

There are several complaints regarding the effectiveness of a Facebook ad and this concern is increased when an ad is created without the proper optimisation.

It is very important to target the right audience, as this is the best way to see a successful return to any effort.

Yes, Facebook has a big audience, but this is not necessarily positive when you want to narrow it down.

In order to stand out from the crowd you need to use creativity and data testing to create the perfect formula that will help you reach your desired goals.

After all, according to Facebook, the virality of the ads (and the criteria for displaying them to a larger audience on their news feed), depends on the relevance, the visual appeal and the engagement it creates with each user.

This is probably the best advice we need to keep in mind when creating the next Facebook ad.

You can learn more about the future of social media marketing at our new two-day digital marketing event Shift, taking place in London on 24 – 25 May 2016. Book your place today.

Google is rolling out new features, so it is important to understand the basics about account set up when targeting your audience.

2m Laurent Malka
Search engine saturation: The ever evolving SERP and how brands are responding